The Goethe Institute in Ha Noi is hosting an installation art exhibition entitled Within the Room, featuring artists Nguyen The Son and Tran Hau Yen The’s impressions of the shadows trees leave and the aspirations of the natural world. 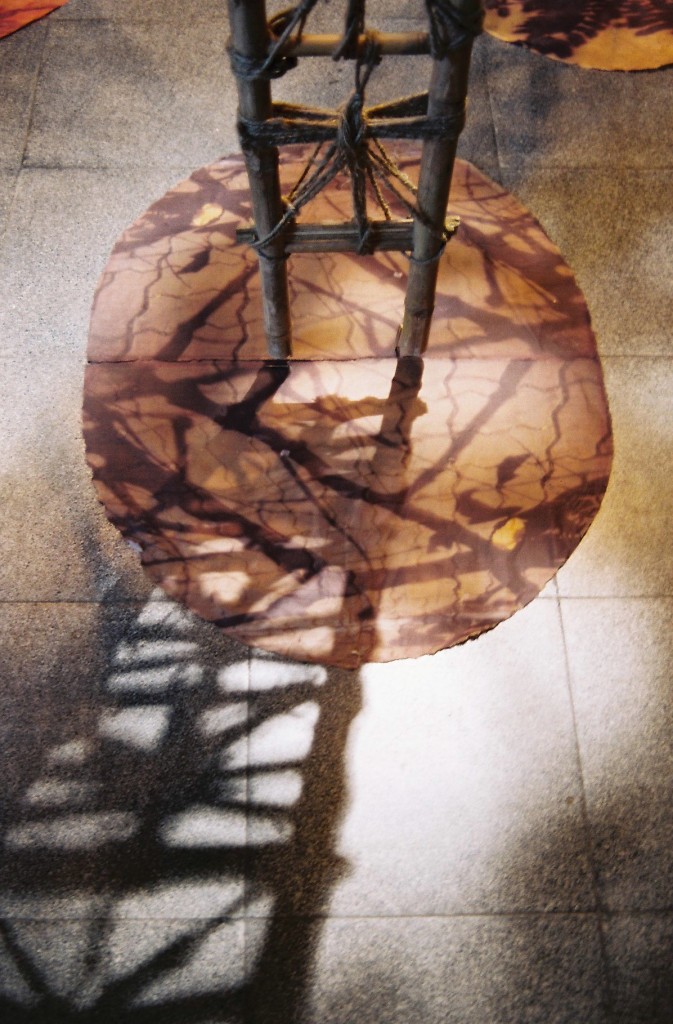 Two dimensional photos of shadows, looking like dark lightning bolts against pale sidewalks, meet three dimensional climbing ladders, wrapped in rope, demonstrating the aspirations of the trees, which cast the shadows in the photos.

The hundreds of photos were taken at night under street lamps. Placed around the wall of the room, they embody an invisible barrier.

“The idea was born as I walked around one night in Ha Noi,” Son said. “The shadow of the trees, leaves and branches appeared strange, and the shadows didn’t stay the same–they were there only for a while.”

He said it made him think of how similar human life is to that of trees, in that they grow by their own volition despite difficulties along the way.

Each photo seems to be a person’s life, having a piece in the dark, a part light and some gray areas.

In the room, dozen of ladders stand like pillars, each reaching for the sky. In the space between the ladder rungs, Son’s co-artist, The, tied rope in the shape of the Chinese character for tree.

“The ladders are made from bamboo–we used bamboo to show the aspiration of this tree, and that however fragile it is, it has strength, and continues growing upward,” The said.

Overhead lights cast shadows that meld with pictures under the feet of the ladders, which Son made with Do (poonah) paper; and a recording gives visitors the feeling they are lost in a forest.